In order to enrich the amateur cultural life of the company's employees, shape a positive corporate culture, enhance the cohesion and centripetal force of all employees, further study and carry forward the heroic spirit, on the evening of October 9, Nantong Zhenkang organized all employees to the Yu Xingfu Blue Ocean Cinema to watch the patriotic education film "Changjin Lake"adapted from real events, which made everyone accept a baptism of patriotism. 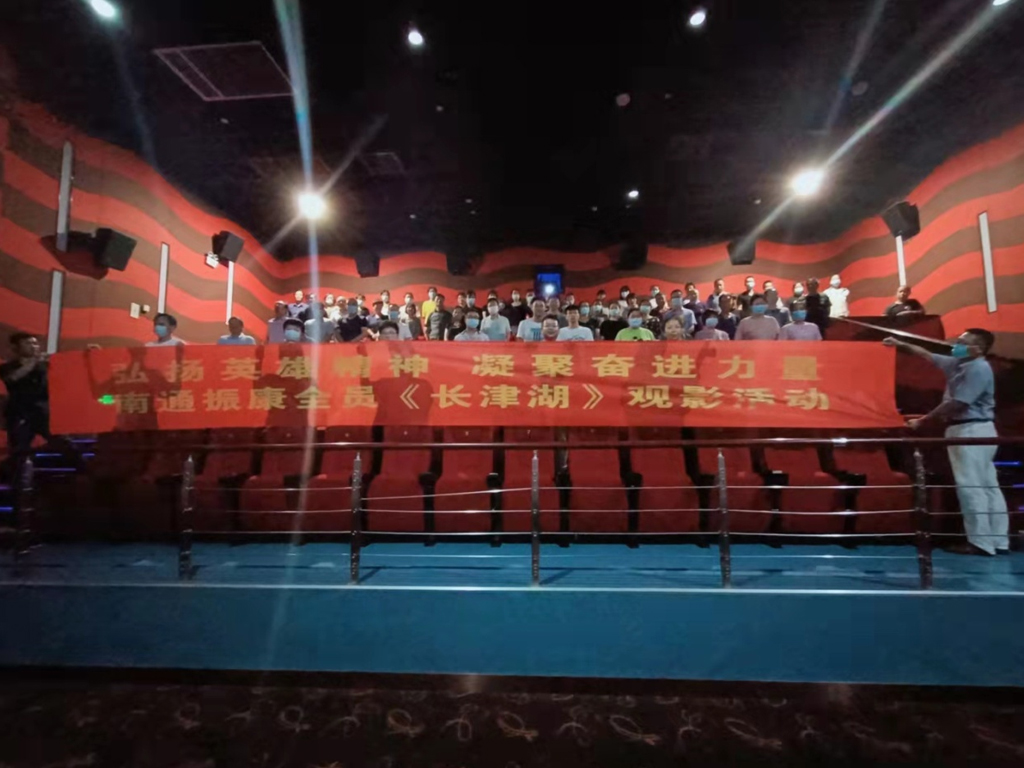 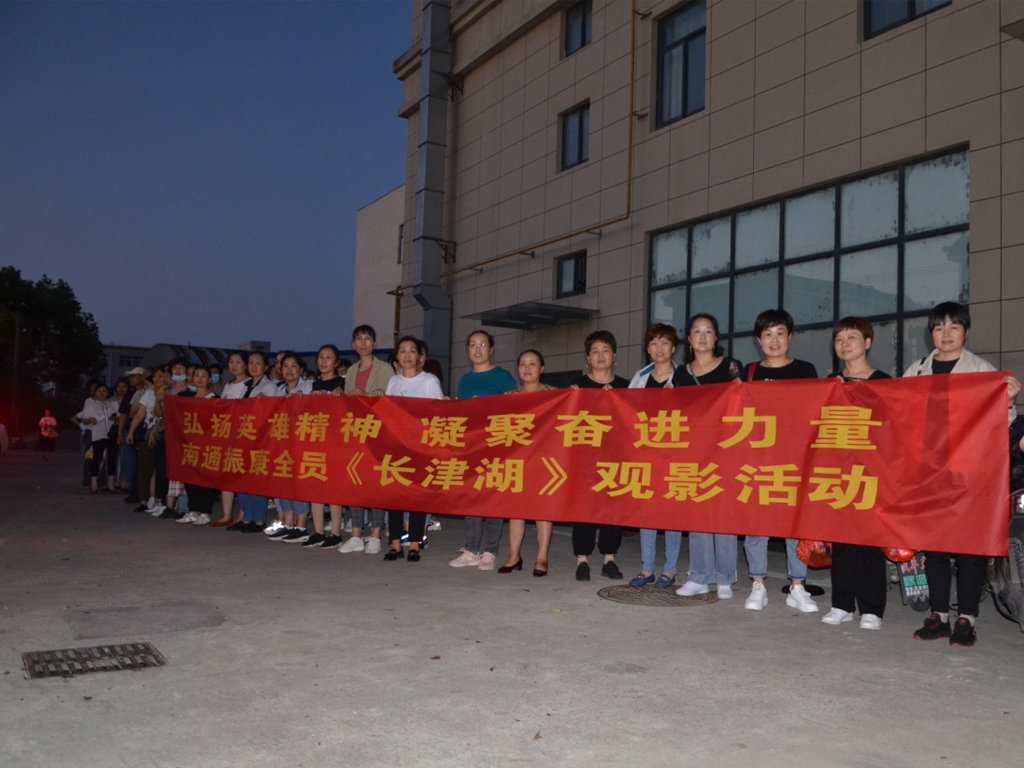 The film truly reproduces one of the most tragic battles to resist U.S. aggression and aid North Korea - the Battle of Changjin Lake, which vividly shows the indomitable fighting spirit and bloody courage of the volunteer soldiers in order to defend their home and country and safeguard peace. The film is filled with ups and downs, tear-jerking episodes. Under extremely harsh conditions, the volunteer soldiers fought bloody battles with steel-like will and bravely moved forward. They used their flesh and blood to defend their homeland and defend the country. The record of wiping out an entire regiment of U.S. troops in the War to Resist U.S. Aggression and Aid North Korea forced the U.S. ace troops to experience the "longest retreat" in history.

During the nearly 3-hour viewing event, the revolutionary martyrs' indestructible beliefs and infinite loyalty to the party deeply moved every employee who watched the movie: Volunteer soldiers faced the harsh environment of minus 40 degrees, gnawing at the potatoes as hard as iron and wearing thin clothes, fighting to the last moment of their lives is a stark contrast to the US military who eats turkey, drinks coffee and dances. There has never been a soldier who could not freeze to death, nor a hero who could not be beaten to death. Some only have a strong and unyielding national spirit and a national righteousness that sacrifices their lives for righteousness. "If we don't fight this battle, our next generation will. We are born and die just so that they won't fight anymore."... The touching scenes and moving scenes in the film have moved many employees to tears. 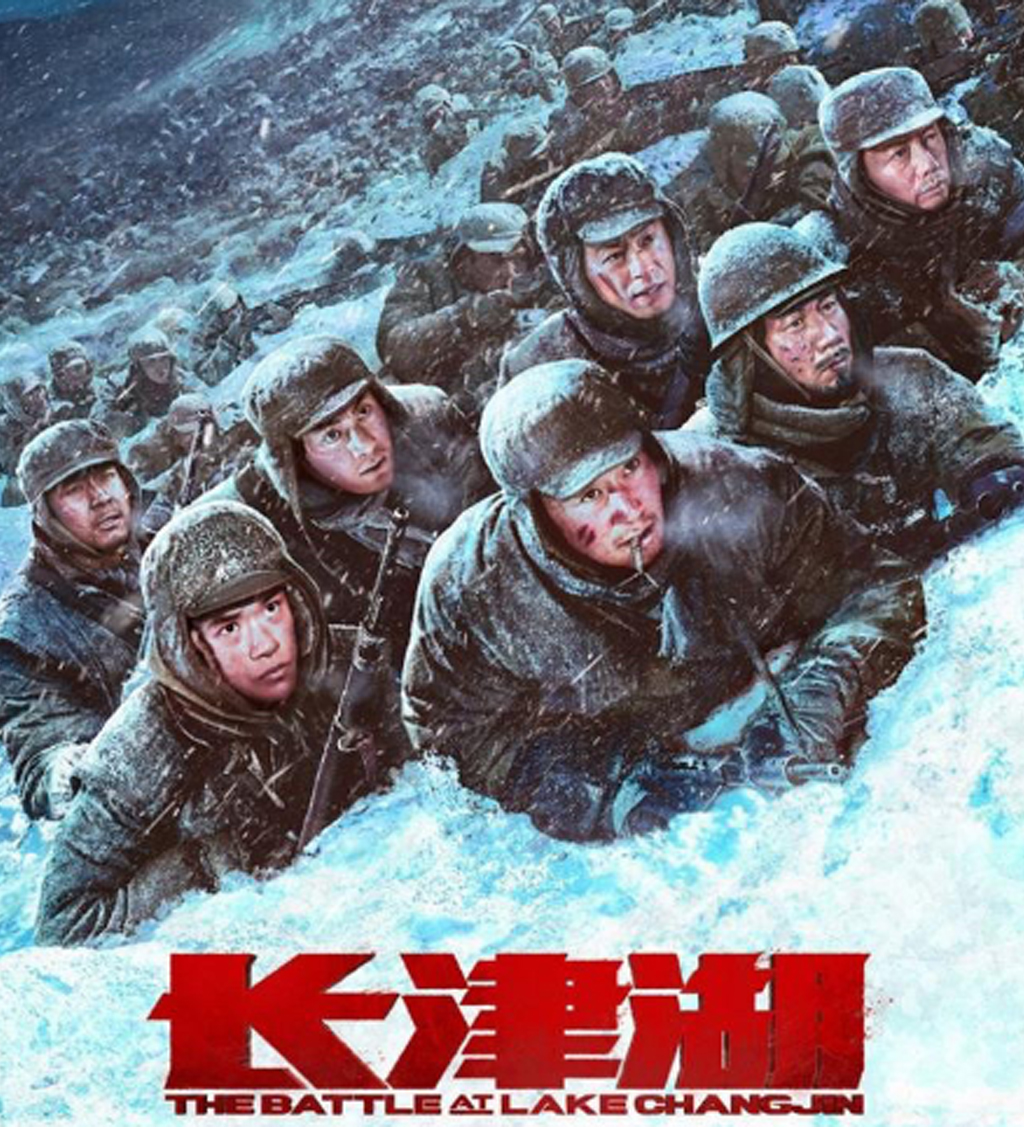 During the viewing of the movie, all the staff truly felt the cruelty of the war and the heroic spirit of the volunteer soldiers who went through fire and water and did not coward confronting the threat of death. They were deeply shocked and moved by the patriotism embodied by the volunteer soldiers, which fully inspired everyone to love the party and enhanced our patriotism.

After watching the movie, all the staff were deeply touched and sighed with emotion: "How can there be a quiet time,if someone is not carrying the burden for us. It is the sacrifice and dedication of countless revolutionary martyrs that we have today's peace and life."  It is clear that today's peaceful environment and happy life are hard-won, which further stimulates everyone's enthusiasm for being dedicated to their own jobs, dedicated to their duties, and selfless dedication.

Mr. Tang Zikang, the chairman of the company, said after watching the film that we were born in a prosperous age, we should remember the history, be grateful for the dedication and hard work of our ancestors, and cherish the beautiful life of the present.We must learn and inherit the revolutionary spirit of our ancestors that is patriotic and not afraid of hardships; we must vigorously Carry forward the fighting spirit of the Battle of Changjin Lake, and treat everything as a tough battle.We must go all out with the mental state of "fixing the goal and not letting go" and "doing not give up until the goal is achieved", and use perseverance. The determination  not to admit defeat, the pragmatic and efficient work style, the conscientious and persistent work attitude and the efficient execution of work are devoted to the work, contribute to the realization of the common goal of the company's development and growth, and present the 72nd anniversary of the motherland with excellent results.