On the morning of June 25th, on the occasion of the party's centennial birthday, the Haimen District Committee of Nantong City of the Communist Party of China held a symposium to celebrate the 100th anniversary of the founding of the Communist Party of China and the district's "two priorities and one first" commendation meeting, commending a group of advanced collectives and advanced personal. Nantong Zhenkang Welding Electromachinery Co., Ltd. (hereinafter referred to as "Nantong Zhenkang") was on the list and was awarded the "Advanced Grassroots Party Organization" in Haimen District. Nantong Zhenkang Party Branch Secretary and Chairman Mr. Tang Zikang took to the stage to accept the award. 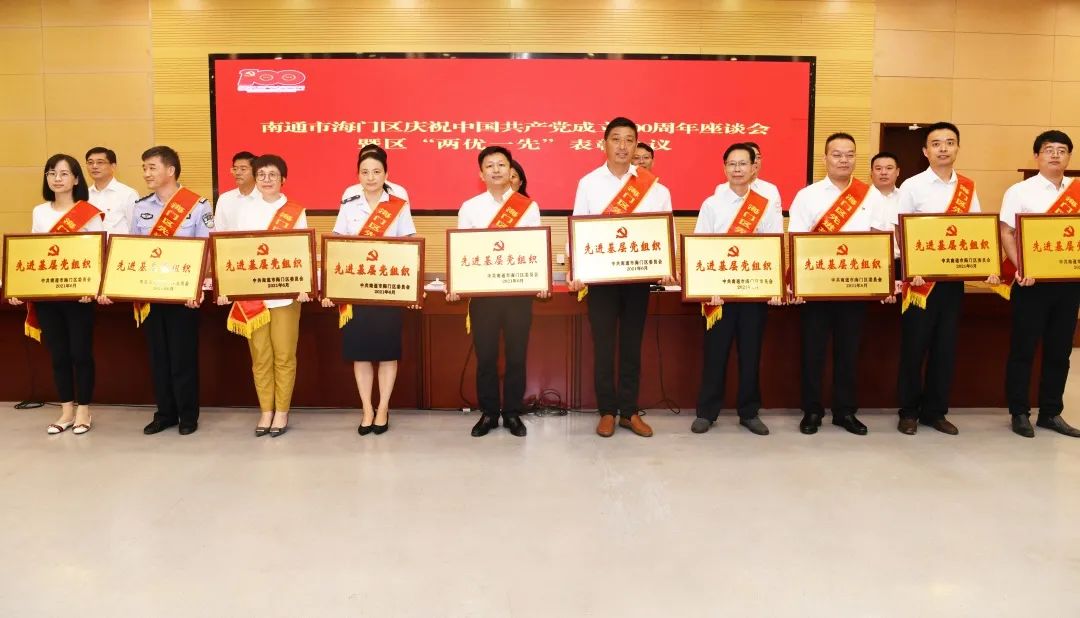 In recent years, under the leadership of Chairman Tang Zikang, the Nantong Zhenkang Party Branch has closely focused on "production and operation", and has always adhered to the guiding ideology of "focusing on party building around development, and doing a good job of party building and promoting development", and continuously deepened the "double integration and double development".  integrates the connotation of party building, gives full play to the core role of party branches and the vanguard and exemplary role of party members, strengthens ideological guidance, mechanism construction, and carrier innovation, promotes effective and orderly development of various tasks, and realizes the company's party building and development "two-wheel drive", achieving the "double-strength" development goals of "strengthening the enterprise" and "strengthening the party" , effectively enhanced the cohesion and combat effectiveness of the party organization, and improved the party spirit and comprehensive quality of all party members. Nantong Zhenkang Party Branch has successively won the titles of "Advanced Grass-roots Party Organization in Haimen City" and "Demonstration Unit" of the "Three Innovations and Two Improvements" activities. New "Little Giant" Enterprise and other honors.

Standing on the new journey of the "14th Five-Year Plan" development, Nantong Zhenkang Party Branch will continue to be guided by Xi Jinping Thought on Socialism with Chinese Characteristics for a new era, and closely focus on the goals and tasks established by the 11th Plenary Session of the 14th District Party Committee. The company's development plan integrates the company's party building into the company's strategic deployment, always maintains a high-spirited and progressive attitude, and is brave to be the leader of "two struggles and one front row", realizes the leap-forward development of the company, and strives to write a new chapter in the development of Nantong Zhenkang, in order to promote Haimen's economic development, make new contributions, and present a gift to the party's centennial birthday with outstanding achievements!